~Blackhearts. Cursed things. We never were sure how they came to be. They blighted our lands quickly. Hunted out our dead and dying. They were reborn as something warped and wicked.

I, Teresa Argent, Divine Agent of the Star, took it upon myself to eradicate their very existence...and I never leave a job half-finished.~

Witness the twilight of the Blackhearts as Sesily, a young and newly-born Blackheart is met with a terrible choice...but in her rebirth, perhaps there is hope for salvation and a new beginning.

Snarky, sarcastic, and perhaps a little arrogant. He seems ambivalent about a lot of things, but perhaps Sesily need not be one of them.

The first Blackheart ever born, she burns with darkened flame. Long regarded as the strongest (and least flexible) of the Blackhearts, she will pursue her goals with relentless ferocity.

The "star" of the Cathedral. She has little respect for the Holy Knights, who are primarily charged with maintaining the peace and fighting the Blackhearts. In recent days, she seems to have taken the mantle of protector onto herself, and she brings a certain air of ruthlessness to the position that is unnerving even to her colleagues.

I liked (most of) the characters and setting, both very good, and all the designs seemed on point. Combat was pretty straightforward.

That said...not a fan of the story. The fact that princess holy gets to just...win, No matter what you do...feels terrible. It's like the cheating NPC created by the Dungeon Master of a bad D&D game. Also, so much is handwaved just to move the plot along.

That said, there's enough promise here that I suspect your future works will improve in both content and story beats.

First off, you will find some nice inclusivity options in this jam game. You can turn off the blinking/pulsing light, footstep sounds, and the intensity of the weather ect whenever you like. This is a good practice to have for the comfort of the players, so kudos!

Upon starting the game, you’ll find yourself introduced to the plot and meet up with other characters right of the bat. Your interactions with your team members are short lived and they will leave you after a battle or two, but they are easy to remember due to their different personalities and way of talking. I beat the game once and went with the refuse the church route, which I find the ending at the end is quite cute with the interactions between the characters in the scene. It makes me suspect that they will be coming back for another game in another world.

The plot could use some more fleshing out as I feel the mystery behind the Blackhearts and the Tree, while it has a nice direction, got solved very quickly or left hanging. But I suspect that’s just a side effect of the time constraints of being a game jam game.

Map design wise, it has nice vibes going for it and I can see what the dev is going for. However, it could use more work and polish as there are some areas that feel big for the sake of being big without adding much new value, one of the few examples being the mansion and outside of the church.

I did like the map dashing mechanic as it gives something fun to do while exploring! Running over monsters to gain stats and items is a fun side mini game.

Overall, this game can use more story expansion and visual polish to push it further but good job!

I enjoyed the turn-based combat system and some of the comedy/drama from Matthias. But I am still very confused why the Sesily/protagonist dash/rush into monsters??? for rewards like stats points or items? and it makes the area you explored so bloody like someone did a mass murder spree on the scene lol. I thought you fight the monsters, but it looks like you assassinate the monster on the spot.

Thanks! Glad you enjoyed it. For the bats and such, we wanted to provide an experience similar to fighting in smaller scale battles and gaining levels/experience, but in a quick format! Any future non game jam rpgs we publish will be turn based only.  :)

A cool sip of water, but now I'm thirsty xD 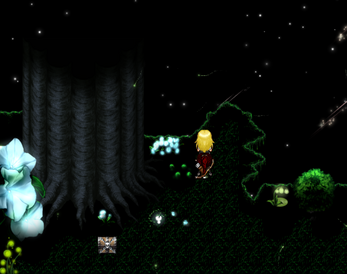 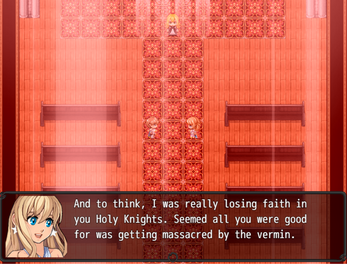 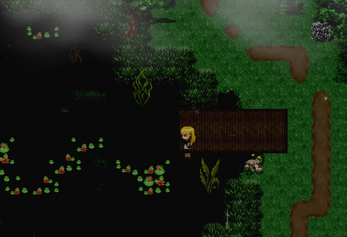 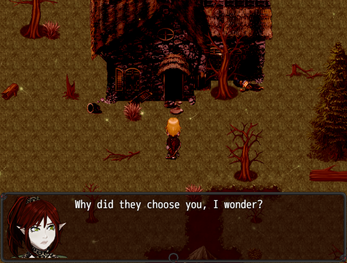